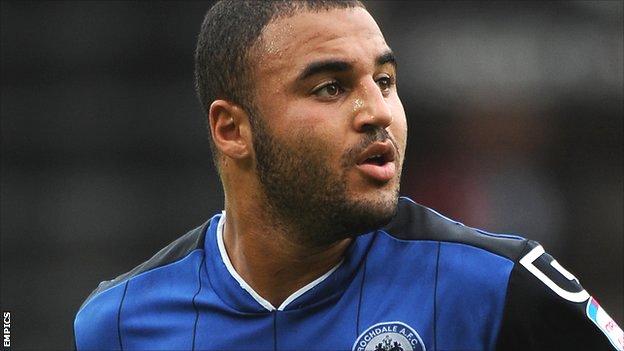 The 23-year-old linked up with the Brewers having been released by Dale after five years at Spotland.

He played in Saturday's friendly against Aston Villa and Albion manager Gary Rowett was impressed.

"Marcus is very strong and is hungry to get his career back on track. He's shown a real desire to come to Burton and he's the right age," Rowett said.