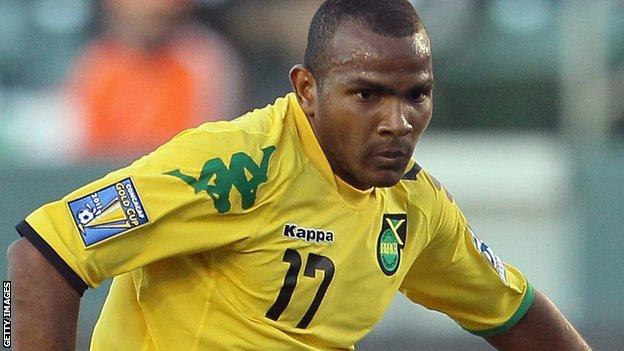 The 27-year-old Jamaican midfielder, who had a trial at QPR when Leeds boss Neil Warnock was in charge there, is currently playing for SK Brann in the Norwegian top flight.

"It's a big club and they have a big history. It would be a very good step for me in my career at the moment," he told BBC Radio Leeds.

"Brann told me that they've turned down one offer and they'll get back to me."

Austin has played alongside former Leeds midfielder Eirik Bakke during his time in Norway.

Bakke, who played in a Champions League semi-final during his seven years with the Whites, has sold the Championship club to his one time Brann team-mate.

"Eirik is a fantastic man and he's looked out for me in a number of ways," he added.

"He encouraged me that Leeds is a very good club and it was brilliant to be able to get his advice."

The combative midfielder has picked up five bookings and a red card in his 11 league appearances so far this season.