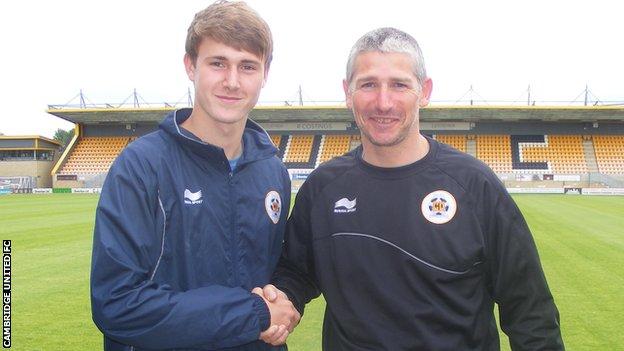 The 18-year-old played over 40 matches last season as Royston won promotion from the South Midlands League.

"We've been impressed with his attitude, character and maturity as well as his ability," said Cambridge manager Jez George.

Norris has signed a two-year deal but will be loaned back to Royston for the duration of next season.

"He's definitely one for the future rather than now," George explained.

"I think it's crucial at his age that he is playing games, hence the arrangement with Royston that we have loaned him back for a season, at a level higher than he was playing last year."