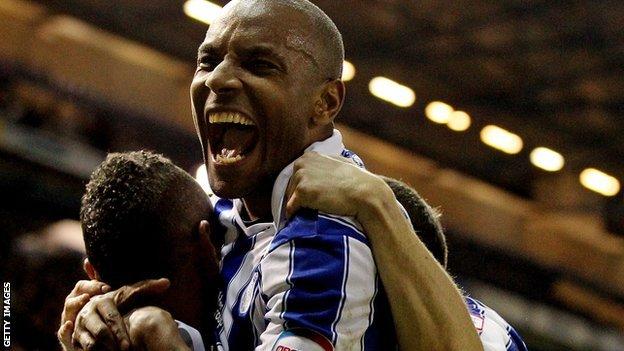 The 33-year-old former Republic of Ireland international has agreed a two-year deal with the League One club.

Morrison has scored 168 goals during his club career and been involved in transfer deals worth more than £6m.

"I'm a player who likes to be loved, and with a manager here who has been chasing me for about a year and a half, I think I will be loved," he said.

"I think we'll play football to my strengths and hopefully I'll reward him and the fans by scoring goals."

Morrison, who has 36 international caps, is Colchester's third summer signing following the arrival of Freddie Sears and Marcus Bean from West Ham United and Brentford respectively.

He began his career with Crystal Palace and was a prolific scorer for the London club in two spells either side of a three-year stint with Birmingham City.

And he is looking forward to lining up alongside Sears in attack, having previously played alongside him when the latter was on loan at Palace.

"I've got good experience and I'm here to help Freddie, the other forwards and the youngsters at the club," he told Colchester's website.

Morrison went out loan to Brentford and MK Dons last season after struggling to match his previous scoring record for Wednesday, but following his departure, he had been training with Notts County, before being persuaded to join Colchester by boss John Ward.

"We're all in it together and we want to get Colchester United back into the Championship, where they belong," he added.