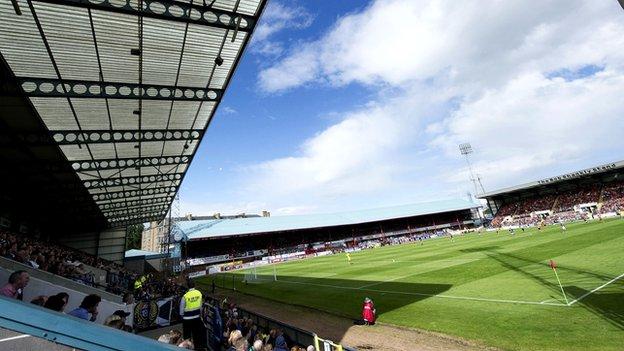 That Scottish football desperately needs to get its house in order could not be better illustrated by Dundee's unlikely promotion to the Scottish Premier League.

The Dark Blues, who have been in administration twice in the last nine years, are replacing a once-mighty giant that could not survive the same process.

With Rangers destined for liquidation, a new company formed with the old club's assets saw its application to join the top flight rejected, so Dundee have been invited to fill the void.

And, after a summer of procrastination from the game's under-fire governors, Barry Smith's team are left with less than three weeks before they kick off against Kilmarnock.

Dundee were champions of Scotland in 1962 and can boast a fine pedigree, including three League Cup triumphs and one success in the Scottish Cup.

And there have been semi-final defeats in two of Europe's major tournaments.

But they have yo-yo'd between the top division and the second tier since they were among the founder members of the Scottish Premier Division in 1975.

However, after finishing 24 points behind First Division champions Ross County last season, some will question their chances of SPL survival, with manager Smith admitting he needs to sign at least six players before the start of the new season.

Players such as former St Johnstone striker Steven Milne and ex-St Mirren midfielder Stephen O'Donnell will be tasked with living up to a lofty tradition.

Their promotion to the SPL means the return of the Dundee derby against old rivals and near neighbours Dundee United. However, they lost 3-0 to the Terrors in a friendly at Dens Park last weekend.