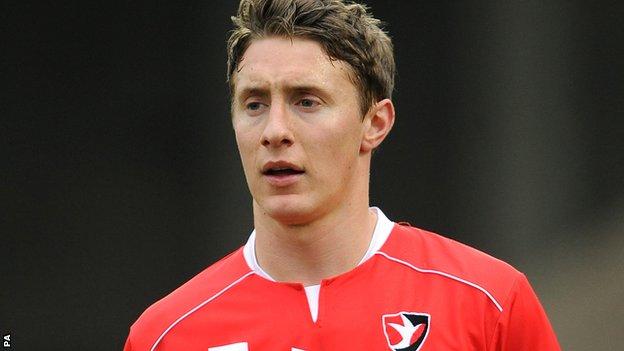 The 25-year-old, who began his career at Wolves, spent last season at Mansfield Town.

After leaving Wolves in 2007 Riley spent a short spell at Shrewsbury before joining Kidderminster where he played 85 games.

Riley moved to Cheltenham in 2010 and started 29 games before joining Mansfield a year later.

The centre-back is Wrexham's second signing of the pre-season following the arrival of former Blackpool and Southampton striker Brett Ormerod.