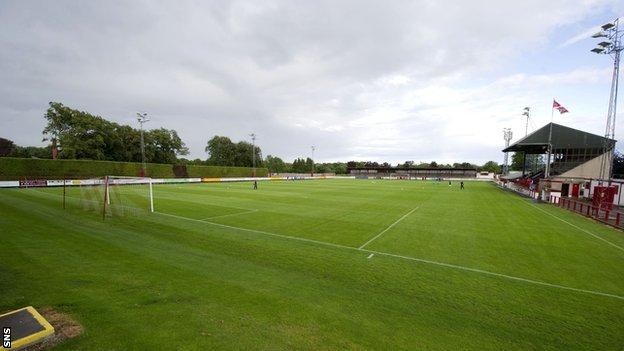 Rangers' opening match of the 2012-13 season, the Ramsdens Cup first round tie away to Brechin, will take place at Glebe Park.

There had been speculation that the tie would be moved to Dundee due to the amount of travelling Rangers fans expected to attend.

However, the Scottish Football League and Tayside Police have confirmed the match will go ahead in the Angus town.

Meanwhile, the SPL has insisted there will be no problems accommodating fixture clashes with both Dundee sides now in the league.

"We are aware of the situation, these are exceptional circumstances," said an SPL spokesman.

"The one definite will be that the two clubs will not play at home on the same day at the same time.

"We will speak to the clubs and find a solution.

"The first clash is not until mid-September which gives us some time. Games are switched quite regularly due to European competitions and TV," he added.

Dundee and Dundee United are due to play at home on the same day on nine occasions next season, with the first clash on Saturday 15 September when Motherwell visit Dens Park and Ross County travel to Tannadice.

There will also need to be some movement of fixtures involving Celtic and Rangers, as they are scheduled to play their respective SPL and Division Three games at home on the same day.