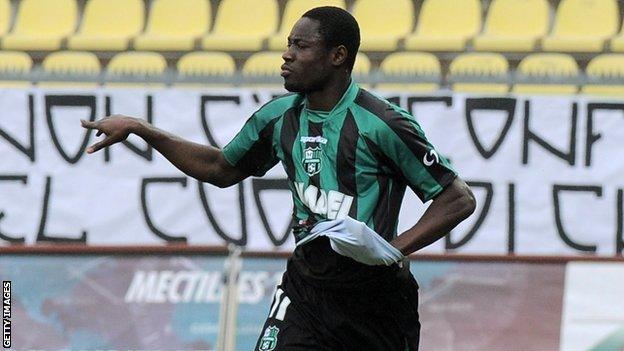 Ghana under-20 striker Richmond Boakye has signed for Italian champions Juventus from Serie A rivals Genoa.

The 19-year-old moves to Turin on a co-ownership basis after terms were agreed with Genoa.

He has signed a five-year deal with Juventus and joins his compatriot Kwadwo Asamoah at the club after his arrival from Udinese earlier in July.

Boakye spent last season on loan at Serie B side Sassuolo, where he scored 12 goals in 34 appearances.

He is yet to make his Ghana debut but was part of the Black Satellites squad at the African Under-20 Championships in South Africa last year.