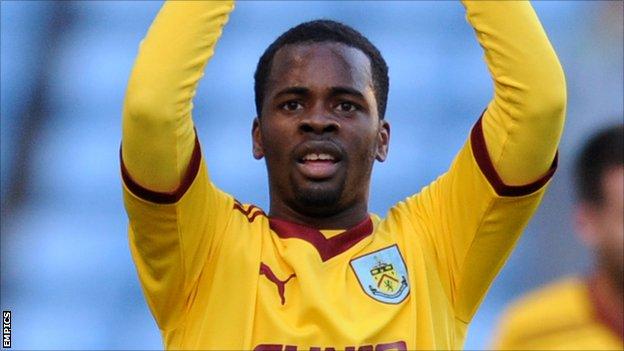 Burnley have released Zavon Hines after choosing not to take up the option of a second year on the winger's contract.

The 23-year-old, who is now a free agent, joined the Clarets from West Ham in August 2011 but did not start a Championship game for the club.

He made 13 league appearances as a substitute, as well as starting twice in the Carling Cup, and ended the season on loan at Bournemouth.