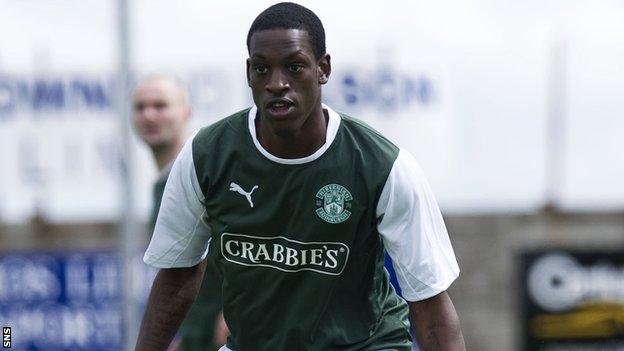 Championship club Blackpool have completed the signing of midfielder Isaiah Osbourne from Hibernian.

The 24-year-old midfielder has agreed a one-year deal at Bloomfield Road, with the option of a further year.

Osbourne, who began his career at Aston Villa, spent a year in Scotland and scored once in 35 games for the Edinburgh side last season.

Osbourne told the club website: "I'm delighted to be joining this club and absolutely buzzing to be here.

"I've been in Scotland at Hibernian and I went there to basically get some football under my belt on a regular basis.

"I've moved away from home and had to find my feet elsewhere. I'm glad that I did that.

"I really see myself slotting into the way Blackpool play and I love the style of football that the manager plays."

Osbourne has previously played in the Championship during loan spells with Nottingham Forest and Middlesbrough, and also spent time with Sheffield Wednesday.

He did not travel with Hibs for their pre-season tour of Holland, Belgium and Germany.