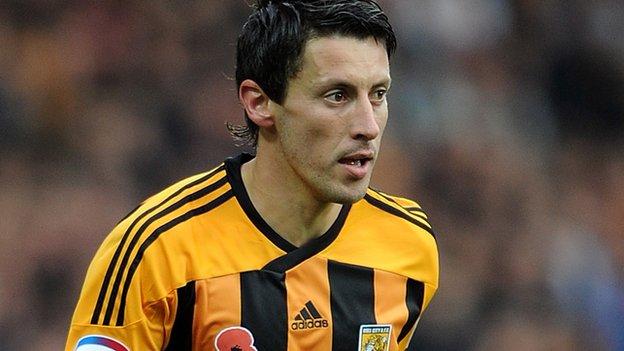 The 31-year-old Slovenia international is entering the final year of his Tigers contract.

Bruce told BBC Radio Humberside: "He's indicated to me that he wants to stay. He's had a good couple of years here.

"He's one of our better players and we hope we can persuade him to stay. I'll certainly be doing my utmost to make sure he does."

He added: "I've reassured him that the club is looking to go forward and that we have ambitions to be back in the Premier League because that's where he wants to be."

He's big, strong and powerful and he'll give us a physical presence that I think you need in this league

Koren joined Hull from West Brom in August 2010 and has so far made 81 league appearances, scoring 17 goals.

Meanwhile, Bruce believes a deal for the German striker Nick Proschwitz is close to being finalised.

The 25-year-old striker, who is currently with German second tier side SC Paderbon 07, linked up with the club on their pre-season tour of Portugal last week.

"It would be a great acquisition. There's a medical and one or two contractual issue to sort but we envisage getting the deal done," he continued.

"He's big, strong and powerful and he'll give us a physical presence that I think you need in this league.

"The fee's been agreed and it's north of £2m so a big compliment has to go to the chairman for that."

The Tigers' kicked off their pre-season campaign on Monday with a 3-1 victory over their non-league neighbours North Ferriby United with goals from Aaron McLean, Matty Fryatt and Jay Simpson.