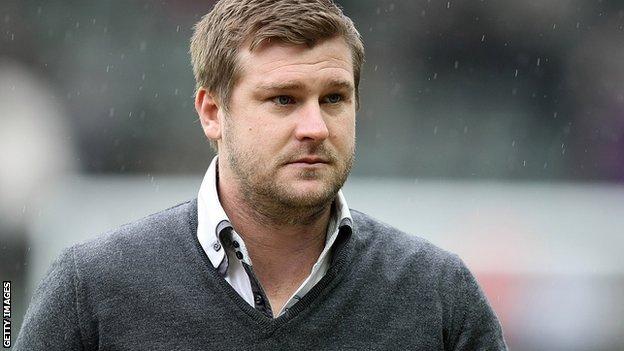 MK Dons boss Karl Robinson is hoping to make another signing in the next few days as he looks to build a promotion-winning squad for next season.

The Dons are currently training in the Republic of Ireland and Robinson said: "We're hoping to fly someone here in the next two or three days.

"We'll be trying to do a medical and see where that goes."

"It's a very, very long-winded process but we are in the market for two or three more players and working hard to get them."

There are three trialists currently with the squad - former Celtic and Hibernian striker Derek Riordan, forward Deon Burton, whose previous clubs include Portsmouth, Sheffield Wednesday, Derby and Charlton and who last played for Gabala in Azerbaijan, and Spanish striker Juanfri, a member of Malaga's reserve side.

Meanwhile, Robinson believes his side have "an awful lot of wrongs to right" after losing out in the League One play-off semi-finals last season despite beating Huddersfield, who eventually won promotion to the Championship, away from home in the second leg.

"We want to prove to everybody that we are the best team in the league," he said.

"Two years ago we were in the same situation where we got beaten by Peterborough and didn't go up and we came back last year in great condition and pushed teams all the way.

"This year, with us managing to keep hold of everybody, we really want to put this right because the club means so much to an awful lot of us.

"Everybody has stayed for the right reasons, the fans, the club, the chairman, and for each other, we think we owe it to ourselves."