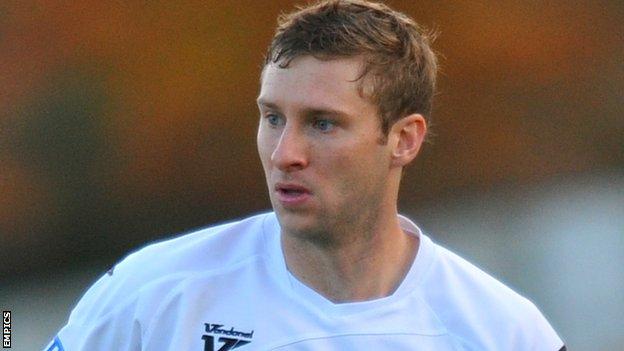 A pre-season match between Hereford United and Evesham was abandoned after two trialists had to go to hospital.

Chris Carruthers, 28, who was released by Gateshead, and Greg Tindle, 23, who was on trial from Chippenham Town clashed heads midway through the second half at Evesham.

Tindle had 25 stitches and suffered a hairline fracture of his eye socket, while Carruthers needed seven stitches.

The game was goalless at the time of the injuries.

The Bulls have announced striker Josh Hunt, 18, has been released from his contract at Edgar Street.