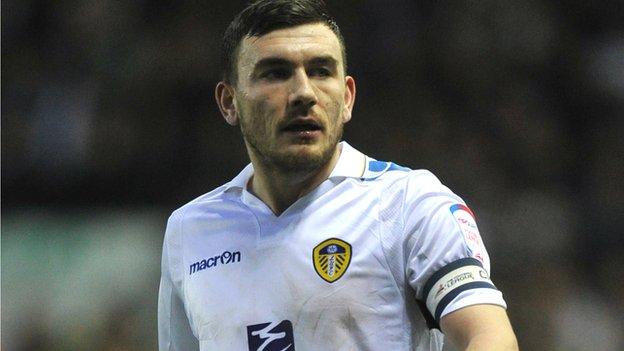 Leeds United boss Neil Warnock has acknowledged the club received a bid from Norwich for midfielder Robert Snodgrass on Monday but said it did not meet their valuation of the player.

Snodgrass, 24, was made club captain by Warnock following his February arrival.

"It's been made public that they've made a bid, but from our point of view it's not what we're looking for," Warnock told the club website.

"It's difficult when players get their heads turned but I'd like to keep Rob."

Former Whites midfielders Jonny Howson and Bradley Johnson have both moved to Carrow Road in the last year.

Warnock said in May that he was trying to persuade the Scotland international, who has one year left on his contract, to sign a 12-month extension.

The Leeds boss is also unsure on the futures of forward Ross McCormack and defender Aidy White.

McCormack, who is out of contract at the end of this coming season, scored 19 goals last season but has been linked with a host of Championship clubs, while White's deal at Elland Road ran out at the end of June.

"Ross has got many people who like him, there's probably five clubs vying for him at the moment," Warnock added.

"There's a couple of clubs that have spoken to Aidy. We want him to stay here but have to reach an agreement with his advisors that he's happy with as well."