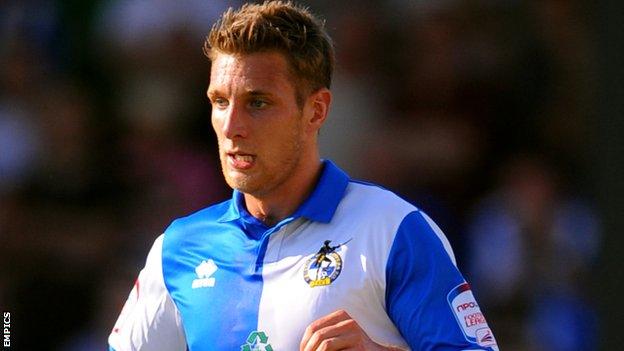 Defender Lee Brown has signed a contract extension at Bristol Rovers to keep him at the League Two club until the summer of 2014.

The 21-year-old signed for the Memorial Stadium outfit on a two-year deal in June 2011 following his release from Queens Park Rangers.

Woodards, who also joined the club last summer from MK Dons, broke his leg in the final game of last season and was expected to be out of action for at least 12 weeks.

"He was fantastic for us last season and we cannot wait to have him back from injury."

"He has the bit between his teeth and has a real determination about him."