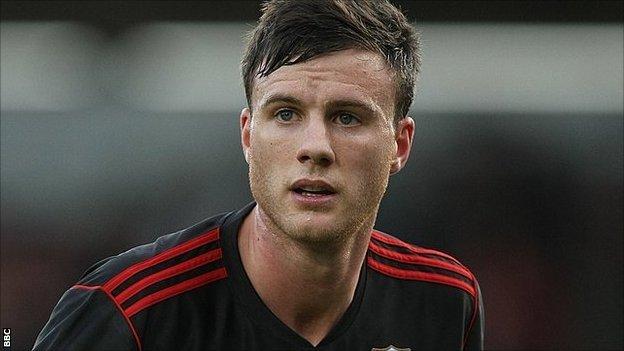 The 25-year-old left Bootham Crescent for the Robins last year on a two-year contract, for a fee of £30,000.

York City manager Gary Mills told BBC Radio York: "Nothing's changed on that with me and I'm still very confident that will happen.

"When it happens is out of my hands at the moment but certainly he'll be a superb addition to the squad."

Meanwhile, Mills said signing another striker is not a priority at present.

"People are getting carried away too much," he added. "It's not something major for me that we need to do. If I feel I need to get somebody I'll do it at the right time."