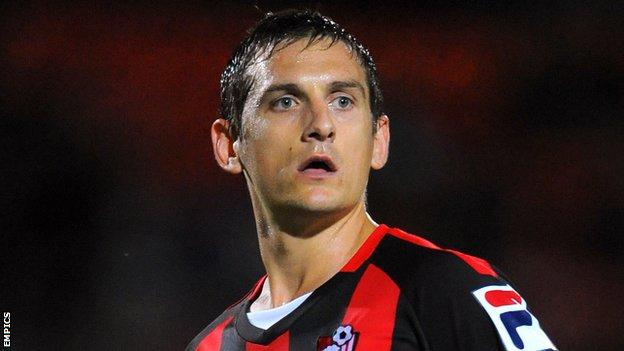 The 28-year-old is currently on trial with the Reds after turning down a new contract at Dean Court.

He told BBC Sussex: "I've known Shaun a long, long time and his versatility is his biggest asset. You can trust him in various positions.

"He's as good a central midfield player as there is in League One and he can also play at centre-half."

He added: "Things are never that easy in football but it's something we are trying to consider.

"We'll talk to his representatives and see where we can move it."

Cooper, who O'Driscoll knows from his time in charge of the Cherries, played in Crawley's pre-season friendly defeat by non-league Woking on Tuesday.

"We tried him for the second half as the spare man in a back three," O'Driscoll said.

"If you can change your structure around in this division it can give teams problems and give you a bit of an edge.

"He came in, trained and gave a good account of himself."