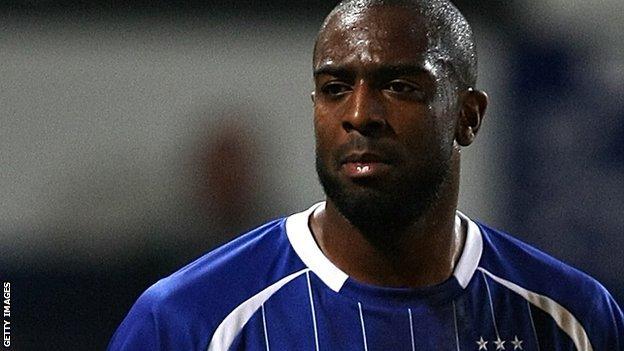 Nathan Ellington's Ipswich Town career is not over despite being left out of the club's first pre-season friendly, according to manager Paul Jewell.

The 31-year-old striker did not feature in Ipswich's 1-1 draw at Helmond Sport.

"It doesn't mean it's the end of his career by any stretch of the imagination," Jewell told BBC Suffolk.

"Some people would argue he hasn't had a chance since he's been here, which I totally agree with, but you've got to earn that chance."

Nathan Ellington has played under manager Paul Jewell at Wigan, Derby and Ipswich

He continued: "Nathan hasn't done well enough over a season to be top of the pecking order as far as the forwards are concerned."

Ellington arrived at Portman Road on a free transfer from Preston North End last summer, but started just one match in the Championship last season.

Michael Chopra's second-half strike helped Ipswich secure a draw in the first leg of their tour of the Netherlands on Tuesday.

Meanwhile, Jewell has also confirmed he is hoping to sign a new goalkeeper in "the next few days".

Town released veteran Richard Wright at the start of the summer, although he is training with the club again after a brief spell at Preston, and Cody Cropper has also left the club, leaving Arran Lee-Barrett as their only keeper.