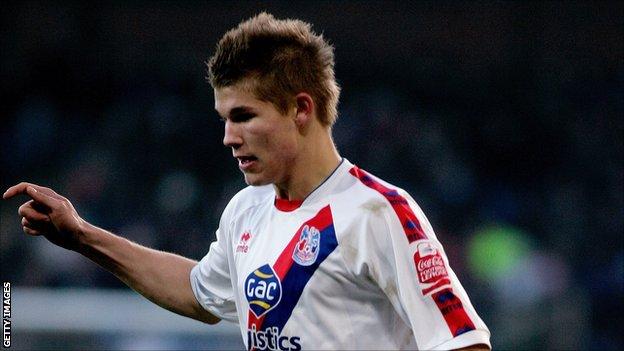 The 22-year-old revealed the move on Twitter, posting: "Very happy to say just signed for Stevenage."

He has agreed a three-year contract with Boro, who reached the play-off semi-finals last season.

Hills made his Palace debut in 2007 but was out of football for a year after suffering a knee injury.

He only made 47 appearances for the Eagles and last season went out on loan to Southend.

"I already had a good knowledge of Lee from his time with Crystal Palace. We took the chance to bring him in (on trial) and get a close look and he has impressed us with his pace, quality and energy," Stevenage manager Gary Smith told the club's website.

"He has a good character and has conducted himself in an extremely professional manner. I think he will be a very good addition to the squad."