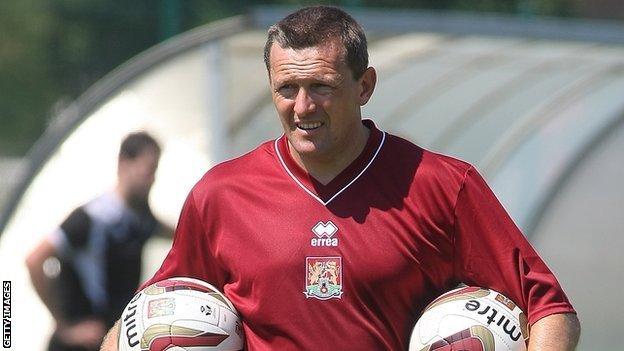 Carlisle, 32, was out-of-contract at parent club Burnley at the end of the season, having made 18 appearances for the Cobblers on loan.

Boothroyd told BBC Radio Northampton: "I think there is a chance [of him signing towards the end of pre-season].

"There are a lot of different variables when you are dealing with Clarke and there have not been any ultimatums."

He continued: "When you try and bring players in, I think you have to treat every individual as a separate case.

"As we are going along, things will evolve naturally. I think we do need a centre-half.

"We've got two very good centre-halves at the moment, but if you're going to start a campaign as robust as League Two is, and with all our cup competitions, you've got to have three fighting for those two spaces."

"We start again [without] too many players that were here at the start of last season," he said.

"I've spoken to Paul Turnbull [who was on loan at Stockport last season] a couple of times. Paul's still here but he won't be playing. I've no issues with him, he just doesn't fit into what I want to do and we'll see if we can sort something out to help the club and help him."