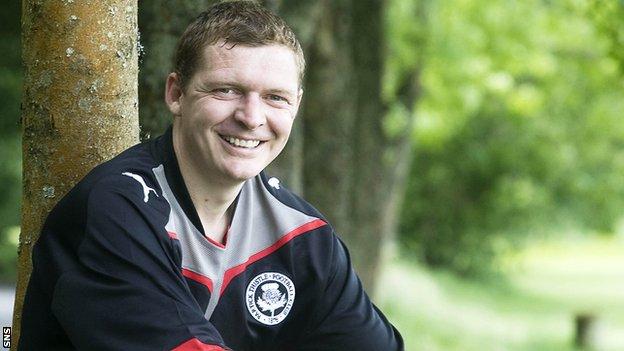 Martyn Corrigan is the new manager of Stenhousemuir, taking over from David Irons, who resigned last week.

Corrigan spent eight years at Fir Park after starting his career with Falkirk and later had spells with Kilmarnock, Ross County and Partick Thistle.

He joined Stirling Albion for the 2010/11 campaign and rejected a new Binos deal to join the Stenny staff.

Irons left the Ochilview Park club due to work commitments with the police.