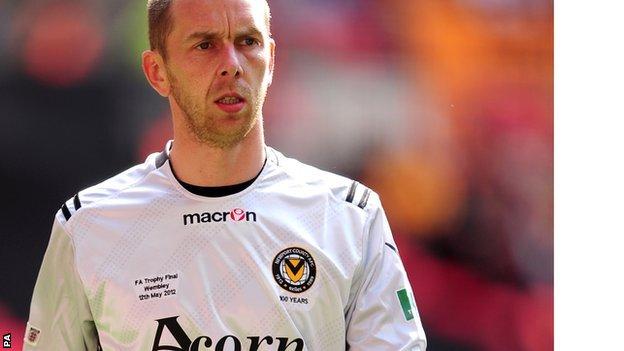 Thompson, 31, started his career at Shrewsbury Town and went on to play for Northampton Town, Chesterfield and Hereford United.

He joined Newport in 2007 and was an ever-present in their Blue Square South title-winning 2009-10 season.

"We are delighted to get both players," said City boss Carl Heeley.

"Ellis was key to our good form when he joined us in January and Glyn is a vastly experienced goalkeeper who can only improve our squad."