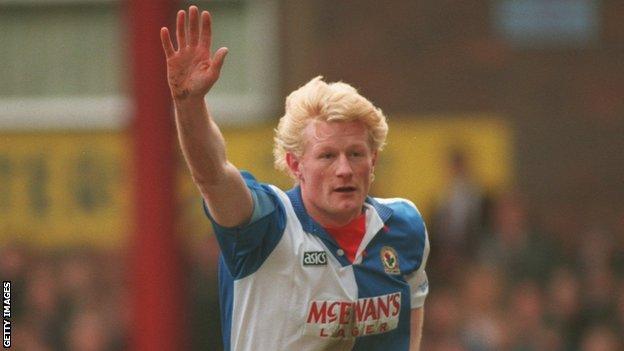 Hendry has returned to Ewood Park after four years away from the game.

Blackburn were relegated from the Premier League last season, conceding 78 goals, with only bottom club Wolves having a poorer record in the division.

"There's a theme from the manager that, defensively, we can improve," Hendry told BBC Radio Lancashire. "Hopefully that will develop this season."

The former Blackpool manager has been out of football since leaving Clyde on compassionate grounds in 2008.

"I'm very excited for myself and my family," continued Hendry. "It's a shot in the arm for me. I'm looking forward to it.

"When you've been in the industry for as long as I've been, like a lot of people have, I suppose you're a bit like a fish out of water.

"You keep your hand in as much as you can, I've done a lot of media work, but it's nothing like being involved in the game itself. It's the next best thing after playing.

"I've had offers, one or two from abroad, and it's well versed what's happened in my life. It had to be right, not just for me, but for the family as well."