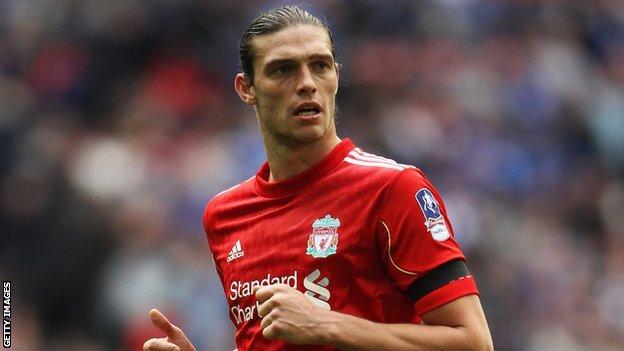 Liverpool will not allow Andy Carroll to leave on loan, but will sell the striker should they receive an offer in the region of £20m.

Newcastle are weighing up their next move for the 23-year-old, having had an initial bid turned down.

Manager Brendan Rodgers says all "worthwhile" offers will be considered.

Despite being against a straight loan, a temporary deal that included a fixed and acceptable future sale figure could still be agreed.

Rodgers said: "To consider a loan for someone the club spent £35m on isn't something we're looking to do at this moment in time."

The Magpies sold Gateshead-born Carroll to Liverpool for £35m in January 2011 - the third-highest fee paid by a British club for a player.

However, the England international has struggled at Anfield since his move and only rediscovered some form towards the end of last season.

The Italian is still currently on holiday but is expected to join up with the rest of the Reds' squad on their pre-season tour in Boston on 23 July.

Rodgers told the official Liverpool website: "Andy will be the same as every other player - if there's ever an offer that comes in we'd look at it as a club and see if it's going to be worthwhile for the club and the team as a whole.

"The club invested £35m in him. People talk about whether he can fit into my style or not, but if you're a club and you spend £35m on a player you'd like to think he can fit into whatever style the team plays.

"He's a good player. He'll join the rest of the group next week and we'll take it from there."