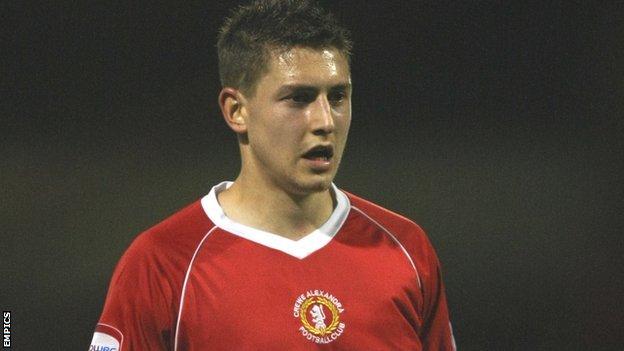 The 24-year-old striker scored six goals in his first nine games last season, but failed to find the net again and then requested a transfer.

Baker told BBC Radio Stoke: "Shaun's indicated a wish to get a move, which we've granted.

"But there's no guarantee that's going to happen and while he's with us we'll continue to give him his playing time."

Due to his lack of form, Miller lost a regular place in the first team, and failed to appear in the club's play-off success as they achieved promotion to League One.

"When he came in he didn't do as well as we or he would have liked." Baker said.

"He was really down in the dumps and it was showing in his performances.

"Whether he stays or moves on, he's got to do well to do both or either. Shaun Miller playing well is an asset to any team."