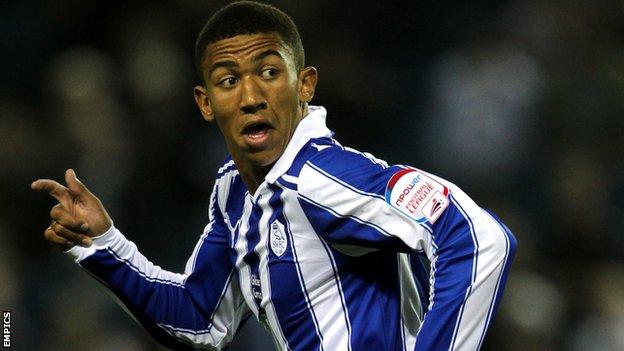 Tranmere loan signing Liam Palmer says he is grateful the club have given him a chance to play first-team football.

The 20-year-old, who has not played for Wednesday since February, became Ronnie Moore's sixth signing of the summer when he agreed a six-month loan deal.

Palmer has made just 16 starts at Hillsborough since his debut in 2010.

"All you want to do as a player is play football so I'm thankful for Tranmere giving me the opportunity," he told BBC Radio Merseyside.

"There was going to be a lot of competition for places (at Sheffield Wednesday) and I need to get a good run of games so I can get that experience, and hopefully, learn my trade really."

Palmer, a Scotland Under-21 international, is out of contract at the end of the season and believes he will get more opportunities at Prenton Park following Wednesday's promotion.

Having played in a number of positions in his 31 appearances at Hillsborough, Palmer is willing to play anywhere for a start.

"It gives me, I like to think, more of an opportunity of playing if I can play in more than one position.

"To get that run of games and get used to playing Saturday then Tuesday and hopefully play well during my time here."