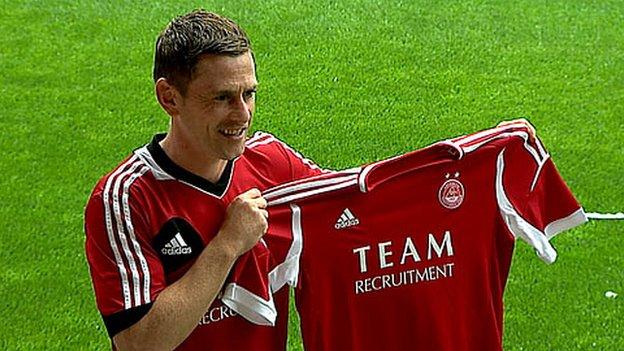 Former Scotland defender Gary Naysmith has joined Aberdeen on a one-year deal after completing a medical.

The 33-year-old impressed on trial on the Dons' pre-season tour of Germany and was a free agent after leaving Huddersfield at the end of last season.

Naysmith won many of his 46 Scotland caps when Aberdeen boss Craig Brown was national team coach.

Naysmith began his career at Hearts, earning a £1.7m switch to Everton in 2000, and spent seven years at Goodison Park before joining Sheffield United.

He moved to Huddersfield in 2010 after three years at Bramall Lane.

Niall McGinn McGinn, who left Celtic, and fellow winger Jonny Hayes, who rejected a new contract with Inverness Caledonian Thistle, are the other additions to the Dons squad so far this summer.