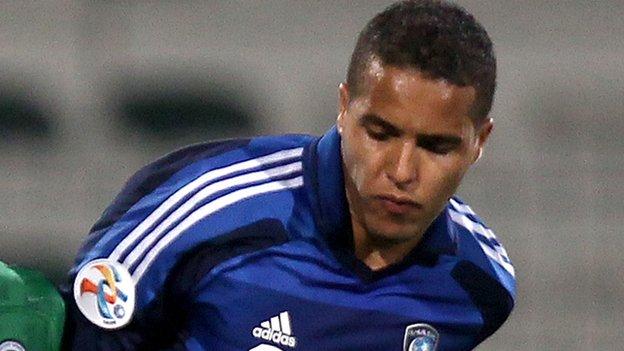 Morocco striker Youssef Al Arabi has signed for Spanish side Granada for an undisclosed fee.

He has reportedly signed a four-year deal with the club.

Although he was born in France, Al Arabi opted to play for Morocco, where his parents are from, making his debut in 2010.

He played for the Atlas Lions in both their 2014 World Cup qualifiers in June and was part of their Africa Cup of Nations' squad earlier in the year.