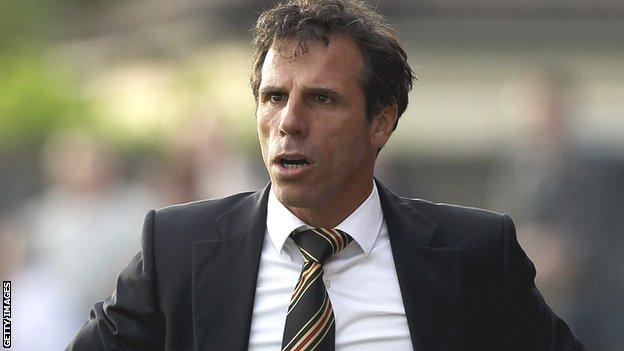 Goalkeeper coach Alec Chamberlain keeps the role he has held for six years.

Marco Cesarini is the new head of medical and Giorgio Gasparini - who was with Zola at West Ham - is head of rehabilitation.

Sports scientist Matt Springham and Under-18 coach David Hughes are amongst those to remain listed in their previous roles.