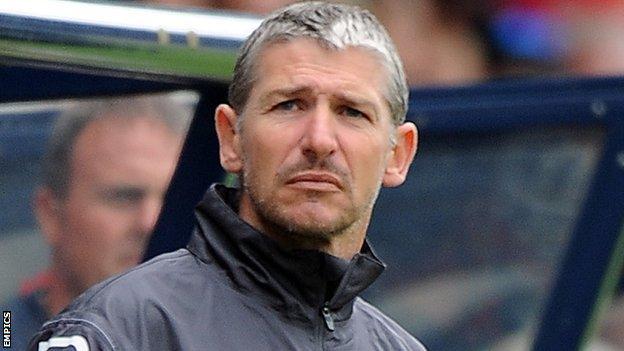 Cambridge United manager Jez George says that he wants to bring in a goalkeeper for the new season.

Jonathan Hedge is the club's number one but Will Norris is the only other goalkeeper in the squad.

George told BBC Radio Cambridgeshire: "The arrangement we've got is that Will goes back on loan with Royston Town.

"We can't just have Jonathan as the only goalkeeper. We need a back-up. We've had a couple of trialists in and we'll continue to look."

Norris was signed on a two-year deal from Royston, an Evo-Stik Southern League Division 1 side, in July.

"That's a good arrangement for everybody because it continues his development for 12 months in a full-time environment - training with us - but still getting his game time."

Meanwhile, 19-year-old midfielder Luke Allen has signed a one-year deal with the U's.

"Luke was really unfortunate in the second half of last season with an injury that kept him out from February," George told the club's website.

"He has come back one of the fittest players in the group. We have great belief in Luke's ability and believe he has the potential to develop into a very good player."