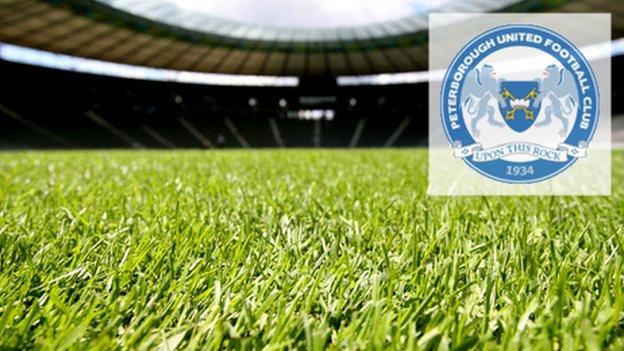 The 17-year-old joined the club from Luton Town in 2010 and impressed at their recent training camp in Portugal.

Boss Darren Ferguson told the club's website: "Michael has progressed very well, he has had an excellent pre-season and is a player with potential.

"I don't give professional contracts out willy-nilly, we award deals to players with potential."

Ferguson continued: "It is up to us as coaches to develop them while they are with us.

"He is physically strong, probably stronger than others at his age, and in Holland he played in midfield as well and impressed so that is another string to his bow."

Richens came close to joining Kettering Town in the Blue Square Bet Premier on loan last season, only for that deal to fall through when the Poppies were placed under a player registration embargo.