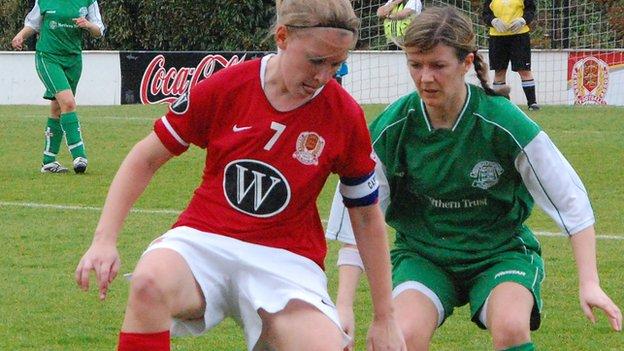 She came on as a late substitute for Watford midfielder Sarah Wiltshire in the closing minutes of the 4-2 friendly defeat by North Korea.

It was the first of three warm-up games as Wales prepare for their last Uefa Women's Championship qualifying game against Scotland.

Jodie can be an inspiration to our women and girl footballers

"Jodie has worked very hard at her football."

Botterill joined Aland United at the start of 2012, becoming the first professional female player from Jersey.

She has netted three times for the Finland Premier Division side and Brookland hopes her success will inspire other women.

"It was a big decision for her to move to Aland to play professionally and her first cap for Wales is a great reward for her commitment," he told BBC Radio Jersey.

"Jodie can be an inspiration to our women and girl footballers.

"[Jersey boss] Geoff Van der Vliet wants to give our young players a chance over the next three years leading up to the Island Games in Jersey in 2015 and Jodie is a great example to follow."

Following Thursday night's defeat by North Korea at Stebonheath Park, Llanelli, Wales have two more friendlies in Belgium to come in August before the clash with Scotland.