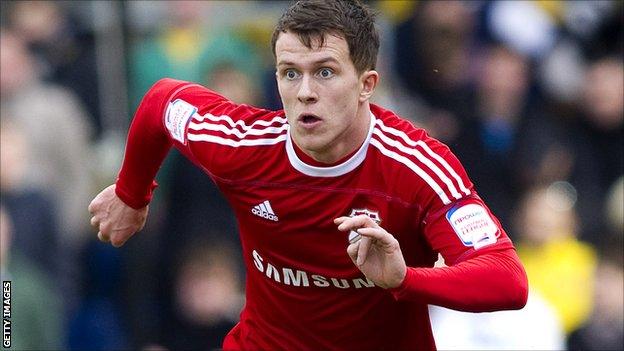 Cox, 21, began his career at Leicester City and joined Swindon in January from Scottish side Inverness.

He made only seven appearances for the Robins, including their 2-0 defeat by Oxford in March.

"We definitely need someone in the middle of the park after losing Paul McLaren and Asa Hall. The signing of Lee will certainly make us stronger.

"He can also play at right-back which is really useful for the start of the season when we will be without Andy Whing."