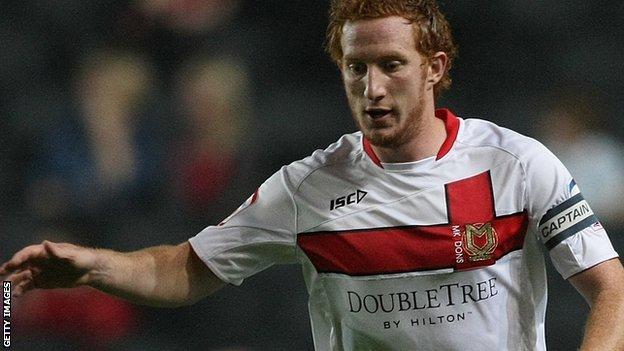 Left-back Dean Lewington is to remain MK Dons skipper for a fifth season.

The 28-year-old son of England assistant boss Ray Lewington has played more than 350 games for the club.

"I think Lewie has grown to become a wonderful captain over the past few years," manager Karl Robinson told the club website.

"He was one of the players that could have gone in the summer but he decided to stay because he is MK Dons through and through."