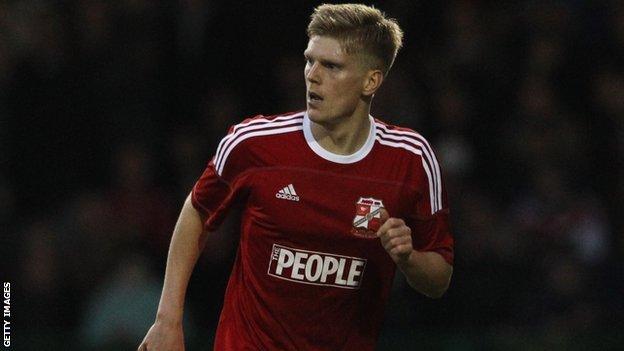 The 29-year-old joined the Robins for a six-figure fee from Grimsby last summer but was transfer-listed by the Robins after scoring 11 league goals.

The Robins agreed to mutually terminate his deal so he could sign a two-year contract with the Bantams.

City boss Phil Parkinson told the club website: "He is a proven goalscorer and has a great track record. He is an intelligent player."