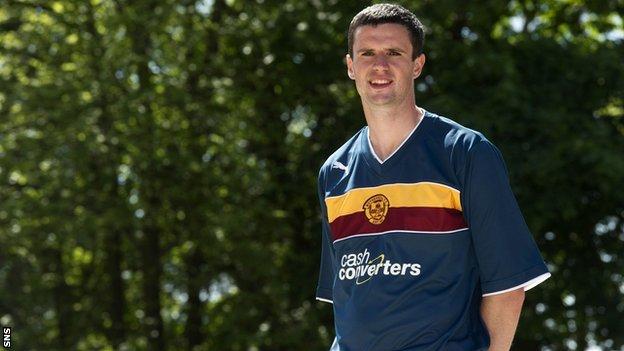 Motherwell's shirt sponsor, Cash Convertors, have extended their arrangement with the Lanarkshire club to the end of the 2013-14 season.

The existing deal was due to expire at the end of the previous season.

'Well had voiced financial concerns over the impact of Rangers' exit from the Scottish Premier League.

"We are delighted that Cash Converters is giving such strong support to Motherwell in these turbulent times," said chief executive Leeann Dempster.