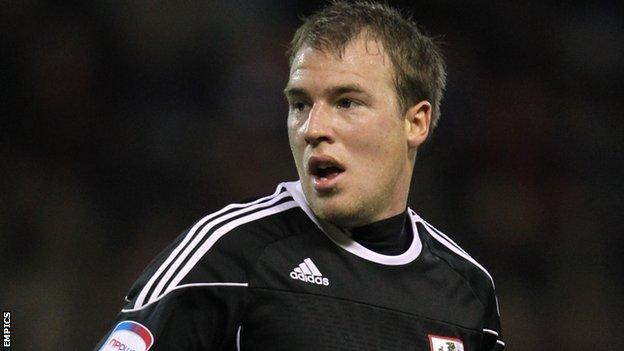 The Scottish striker has been training with the League Two club since his release from local rivals Bristol City.

McGhee, who managed the 26-year-old during their time at Motherwell, told BBC Radio Bristol: "We're talking to his representatives.

"The chairman is busy trying to sort out a deal with him. We're hopeful he will join us."

Clarkson made 251 appearances for Well before joining Bristol City in 2009.

He scored 11 goals in 67 games for the Championship side but fell out of favour last season and spent time out on loan at Brentford before being let go.

And although Clarkson would be dropping down two divisions to join Rovers, McGhee warned that the forward would still need to prove his worth.

"I know him as a player who works his socks off for the team and never stops running," he said.

"But he came south and maybe he got a bit complacent. I'm going to challenge him on that because I won't have anyone complacent in my team.

"I need him running those channels, putting people under pressure and chasing lost causes.

"Only then will be become a player worthy of playing for Bristol Rovers."