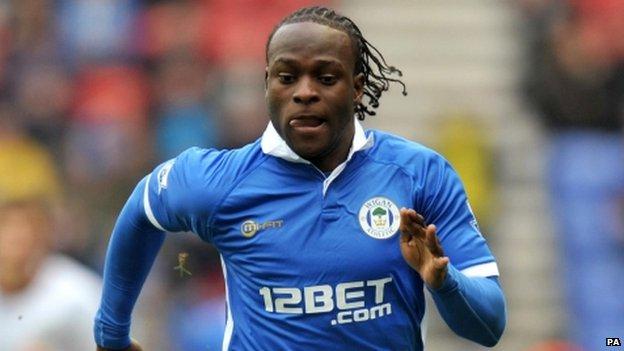 Wigan have rejected a fresh Chelsea bid for Victor Moses and are determined to hold out for a fee of £10m.

Chelsea have made two cash bids for the 21-year-old winger, who has a year left on his contract, but both have fallen some way short of Wigan's valuation.

If Chelsea offer the right amount of money, we will sell Victor

Attempts to bridge the gap by offering a player in part-exchange have also been rejected out of hand by Wigan.

"£10m is the figure Roberto has always had in mind for Victor and that has not changed. We have had two cash bids and Chelsea then asked if they could offer a player in part-exchange or on loan. But we are only interested in a straight cash offer."

Wigan made their first signing of the summer last week, when Aberdeen midfielder Fraser Fyvie agreed a three-year contract.

However, both and Hugo Rodallega have left the club on free transfers and Wigan could also lose Moses for nothing next summer if he is unable to agree a new deal at the club.

Chelsea manager Roberto Di Matteo is keen to add the former Crystal Palace player to his squad ahead of the new season and the Stamford Bridge club remain confident of reaching an agreement with Wigan.