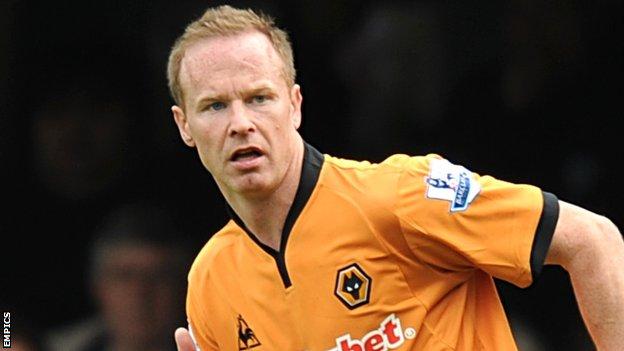 Wolves have offered centre-back Jody Craddock a new one-year contract that could combine a number of roles.

The proposed deal would include coaching at the club's academy as well as taking on an ambassadorial position.

Chief executive Jez Moxey told the club website: "Everyone at Wolves is aware of the qualities of Jody Craddock, both on and off the pitch."

If he signs it would mean a 10th year at Molineux for the 36-year-old entitling him to a testimonial.

"In an ideal world you don't want to lose people like that," added Moxey. "Which is why, even if his playing opportunities may well be very limited next season, we have agreed to offer him a new deal which will take him to 10 years' service."

The club's longest-serving player, Craddock was signed by Dave Jones in 2003 and had been invited back to pre-season training this summer after his contract had expired.

The former Cambridge defender had not played since last December against his old club Sunderland because of a hamstring injury.

Boss Stale Solbakken said: "Jody is a player with a lot of experience and knowledge and can be a very good example to the other players in the squad.

"It is good to have him as cover but also important that he will be able to do other things within the club as well to pass on all his experience."