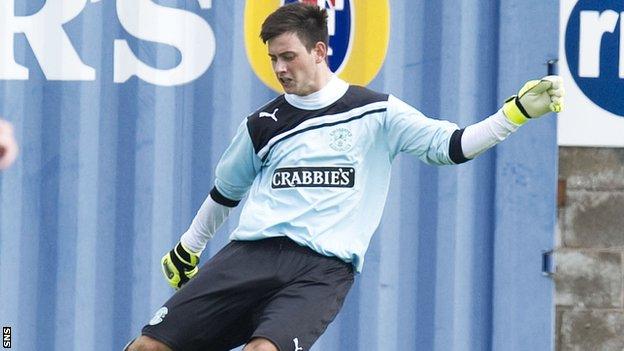 The 20-year-old Welshman is yet to make a competitive first team appearance for Hibs but played more than 50 matches while on loan at East Stirlingshire.

"I felt I learned a massive amount during my time at East Stirling," he told the club website.

"Now I'm aiming to play as much as I can for Hibs and hopefully I will get some game-time during pre-season."

Antell was an unused substitute in Wednesday's 1-1 draw with Belgian side Lierse SK, having played for half an hour in last weekend's friendly with East Fife.

Hibernian recently signed Ben Williams, with the former Crewe and Colchester expected to be manager Pat Fenlon's number one choice.