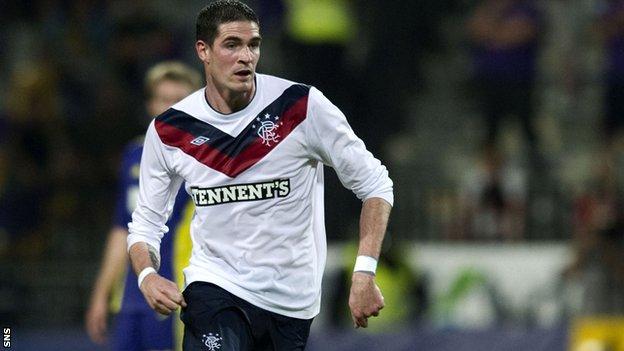 Rangers are continuing to demand compensation payments despite Fifa clearing former players to appear for their new clubs.

But Rangers stressed: "Fifa has not granted a free transfer to players who have, the club believes, unlawfully terminated their contracts."

The players had refused to have their registrations transferred from the old Rangers, as it headed for liquidation, to Charles Green's Sevco consortium, which is now due to start life in Division Three.

Coventry City were the first to announce compensation for Scotland Under-21 forward John Fleck and Southampton have now settled on a fee for former Rangers captain Steven Davis.

Those players had been unable to perform for their respective teams because the Scottish Football Association had refused to grant permission as a result of Rangers' objections.

"Fifa has not made any ruling whatsoever on the merits of the dispute and stressed that this was a matter for the SFA," stated Rangers' website.

"It has simply allowed the players to be registered with new clubs on a provisonal basis pending resolution of the contractual dispute through the SFA arbitration.

"The reason that Fifa made the decision is that it felt that damages was a sufficient remedy for the club in the event that it proves its case.

"The club has now reached agreement with two of the players and their new clubs in respect of financial recompense in relation to the contractual dispute.

"It has also instigated the SFA's arbitration process in relation to the remaining players with whom no agreement has yet been reached."

PFA Scotland advised the players that they were free agents, could sign for new clubs and union solicitor Margaret Gribbon, of Bridge Litigation, said she was confident all the moves will be cleared by Fifa.

Having been granted clearance, Whittaker and Naismith were due to make their respective debuts.

Naismith, who has been recovering from the injury that ended his season early last term, came off the Everton bench in a 1-1 draw with Motherwell in Stevie Hammell's testimonial at Fir Park.

Former Everton and Motherwell forward James McFadden, who has been training with the SPL club, was a second-half substitute for the Steelmen.

Whittaker is due to play for Norwich in their pre-season friendly against Hertha Berlin in Austria.

Northern Ireland striker Lafferty has already had to sit out the start of Sion's domestic season in Switzerland and he and Ness were missing as Stoke continued their pre-season with a 1-0 win over the Swiss.