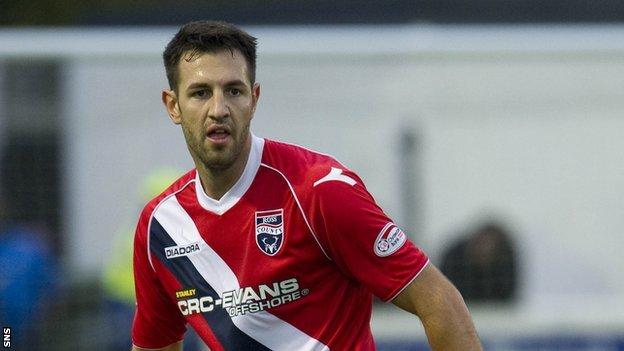 Ross County have bolstered their defence ahead of their debut season in the Scottish Premier League.

Kovacevic, now 24, played for Croatia and Switzerland Under-21s. Craig Levein signed him for United in 2008 and he left in 2011 for Zadar in Croatia.

Bateson, 22, has so far spent most of his career in England's lower leagues.

He began his career at Blackburn Rovers, but never broke into the first team.

He had spells at Bradford City and Accrington Stanley before joining Macclesfield last summer, going on to make 28 appearances.

Kovacevic can play at centre-half, but at Tannadice he most often featured on the right side of defence as the club was well served in central positions by Lee Wilkie, Garry Kenneth and Andy Webster.

A 2010 Scottish Cup winner with Peter Houston's men, the former Koper defender was not offered a new contract on Tayside after having spent a large part of his last season out with a knee injury.