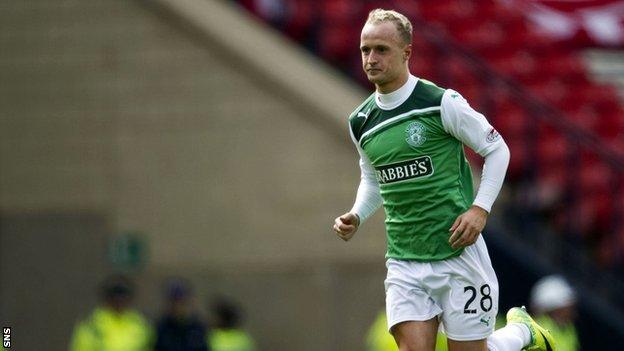 Hibernian are to re-sign striker Leigh Griffiths on loan from Wolves for the first half of the season.

The 21-year-old is due to join the Hibs squad at their pre-season base in the Netherlands.

"This follows agreement being reached between Hibernian and Wolverhampton Wanderers that will allow Griffiths to return on loan until at least January," said a club statement.

Griffiths spent the whole of last season on loan at Easter Road.

He scored 11 times for Hibs and, after playing in their Scottish Cup final defeat in May, had returned to Molineux hoping to help the club gain promotion from the Championship.

However, his move back to Leith, where he becomes manager Pat Fenlon's fifth summer signing, would suggest he is not in new Wolves boss Stale Solbakken's immediate plans.