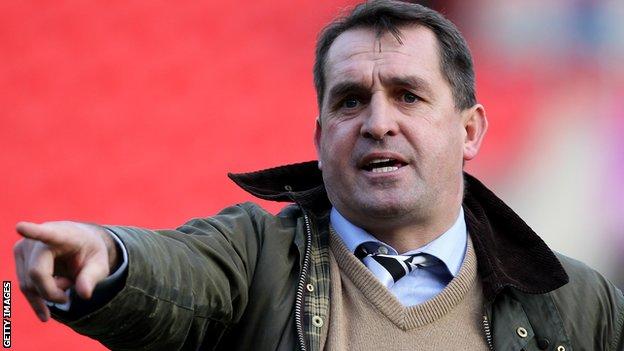 Experienced striker Strevens has had spells playing for Barnet, Dagenham, Brentford and Wycombe.

The 32-year-old was released by the Chairboys at the end of last season after scoring four goals in 38 games.

Twenty-year-old Allen, the son of the League Two club's manager, and Nelson, 30, were both released by Notts County in May.

Allen made 11 appearances for the Magpies while Nelson played 52 games in all competitions.

Nelson has signed a two-year deal, Strevens has moved on a 12-month contract, while Allen has agreed a one-year deal, with the club having the option to extend it.