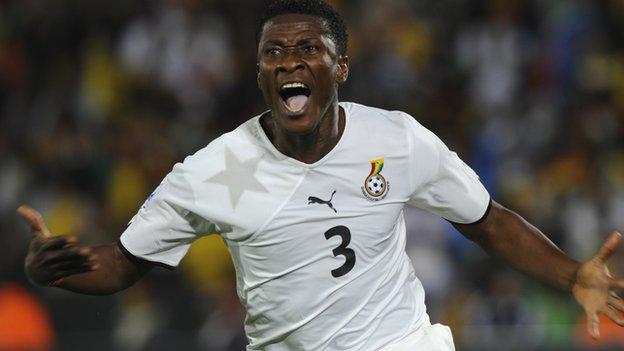 Ghana will play China in an international friendly next month.

The match, which will be played in Beijing on 15 August, will serve as a warm-up for September's 2013 Africa Cup of Nations qualifier against Malawi.

The Black Stars then face The Flames in the second leg in October in Blantyre, as they bid to reach next year's finals in South Africa.

Ghana coach Kwesi Appiah will hope to have Asamoah Gyan available after the striker ended his self-imposed exile.

The 26-year-old Al Ain forward announced his return earlier this month, after taking a break from international football following the 2012 Africa Cup of Nations.

Ghana FA boss Kwesi Nyantakyi said earlier this month that his team would not "underrate Malawi", adding that they would prepare for the tie "as if they were playing Brazil".