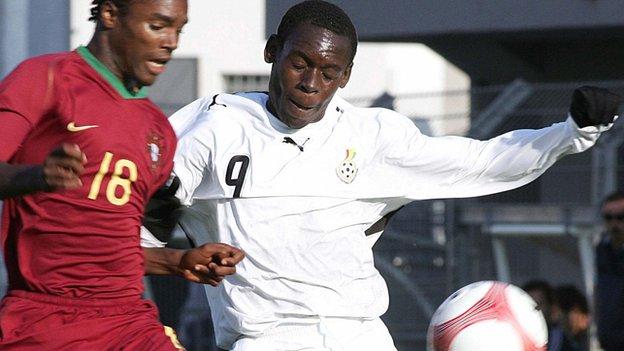 Ghana's Berekum Chelsea rallied from two goals down to earn a point at the home of four-time champions TP Mazembe.

The Congolese, who won the title in 2010 before being kicked out of last year's tournament, led 2-0 at half-time after a brace from Tresor Mputu Mabi.

Chelsea came alive in the second half and earned a draw after Emmanuel Clottey, who had scored with a penalty, netted a dramatic late equaliser.

Chelsea now have four points in Group B, ahead of Al Ahly's tie with Zamalek.

The Egyptian rivals meet in Cairo late on Sunday, when they will play behind closed doors for the first time in their century-long history.

This is because of ongoing security concerns in Egypt, where a win for either Cairo side will take them to the top of the table.

GROUP A (after two rounds)

In Lubumbashi, Congolese international Mputu Mabi opened the scoring after ten minutes before converting from the penalty spot after 32 minutes.

Yet the Ghanaians, who are making their debut in the Champions League group stage, slowly grew into the game with Clottey netting a penalty of his own after 70 minutes.

Just six minutes from time, the tournament's top scorer struck his eleventh of the campaign when drilling home a left-footed effort out of nothing to secure a famous point.

In Group A on Saturday night, Tunisians Etoile du Sahel were held to a disappointing goalless draw by Nigerian visitors Sunshine Stars.

The result leaves Etoile, who won the competition in 2007, two points behind Group A leaders Esperance.

The title-holders defeated Algeria's AS Chlef on Friday to ensure a 100% record from their first two group games.

Next up for Etoile is a visit to their Tunisian rivals - and defending African champions - Esperance on 5 August.

Earlier that day, Sunshine Stars host Chlef as both sides look for their first Group A win.