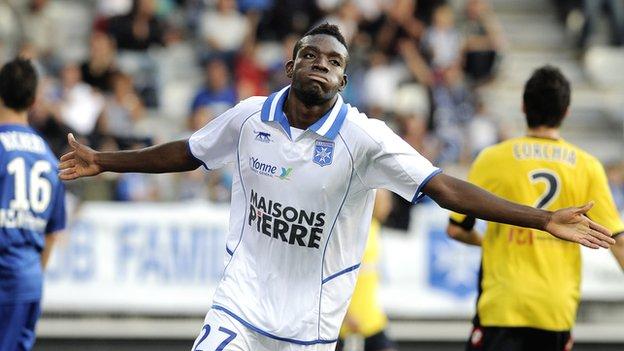 The 23-year-old has signed a four-year deal with Lorient after passing a medical.

Traore, one of Burkina Faso's most influential players, spent seven years with Auxerre, with whom he played in the 2010-2011 Uefa Champions League.

Traore played for Burkina Faso at this year's Africa Cup of Nations, scoring once in three games.

The left footer played over 50 league games for Auxerre, scoring 14 goals in the process.

Traore leaves a side that finished bottom of Ligue 1 to join a club that finished 17th, just a point and a place above the relegation zone.

On Friday, another Burkinabe was joining a French club as defensive midfielder Djakaridja Kone left Romanian football to sign a three-season deal with Evian.