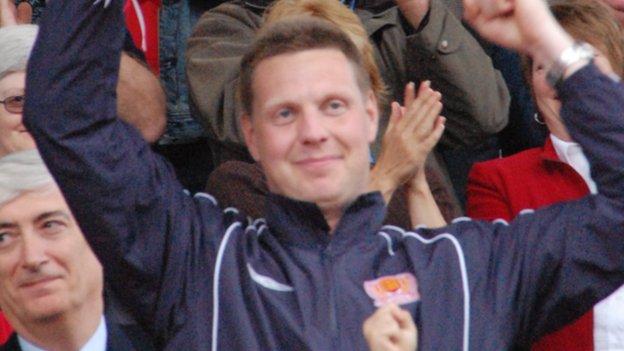 Jersey's football manager Craig Culkin wants to change the structure of the island side after appointing former boss Dave Kennedy as his new assistant.

"It's a small move that I think will make a big difference," Culkin said.

The island side will also train together once a week and play matches once a month as they prepare for the Uefa Regions Cup next year.

"Dave's knowledge and experience will help improve us on the training side as well," Culkin added to BBC Sport.

"We're trying to raise the standards in what we do on and off the pitch and we've got a good understanding. We want to reclaim the Muratti Vase and do well in the Regions Cup in San Marino next year."

Culkin assisted Kennedy when he became Jersey boss after Peter Vincenti's sacking in March 2007 and then took over from Kennedy after he left the role two years later.

Kennedy was first involved in island football back in 2005 after moving to Jersey having been a professional in Scotland.

But the move is part of a wider push by Culkin to create more coherence within the island side.

"We want to try and foster a club mentality despite the fact we're an island side," Culkin said.

"We'll train once a week and have a fixture once a month whether it's against visiting sides or among ourselves.

"We can't go into the tournament in March by getting the boys in two weeks before."