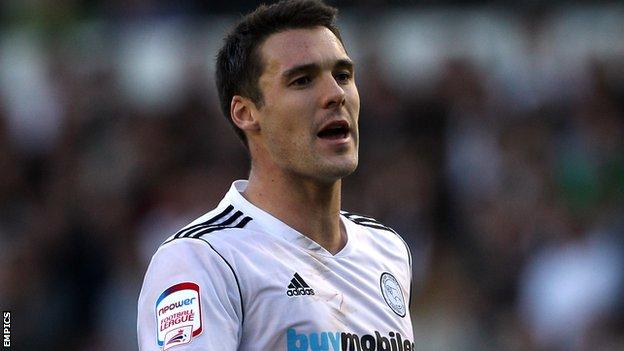 Shackell, 28, joined the Clarets from Derby for fee of around £1.1m, a decision which angered many Rams fans as he was skipper at Pride Park.

The former Norwich, Wolves and Barnsley defender takes over from Chris McCann who was captain last season.

"We just felt Jason is a natural leader and I think that does take a little pressure off Chris," boss Eddie Howe told the club website.

"It's no disrespect or criticism of Chris McCann at all. He is a leader in his own right and he was an excellent captain for us last year."

"It is Jason's natural role. He has everyone's respect here and we saw immediately what a good player he is

Interest in the centre-back was intense this summer with Derby rejecting four different bids before he chose to move to Turf Moor.

He played every minute of every Championship game for the Rams last year and Howe believes he will bring leadership qualities to the back four.

"It is Jason's natural role and I think he has settled into it really well," he added. "He has everyone's respect here and I think we saw immediately what a good player he is.

"We also wanted another leader and voice in the back four. I think it was one of our Achilles heels last season that we didn't have enough voices on the pitch."