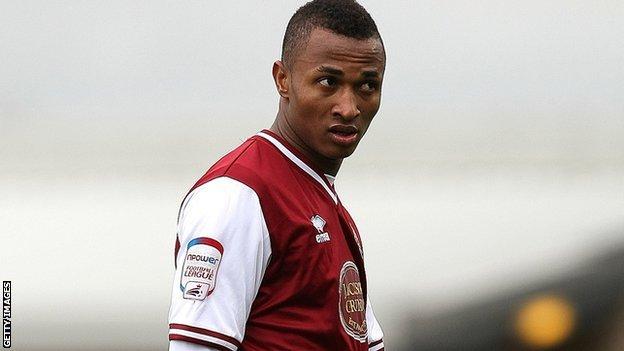 The 18-year-old, who has agreed a two-year contract, spent time on loan with League Two side Northampton last season, scoring once in 15 appearances.

"There's a lot of development that we're going to have to put into him to make him realise his potential but I believe we can do that."